I've got this device called a Pen. It works well and can cope with all sorts of different fonts and languages. It doesn't have predictive text, unfortunately, but maybe SwiftKey will do something about that now they have bags of money from Microsoft. 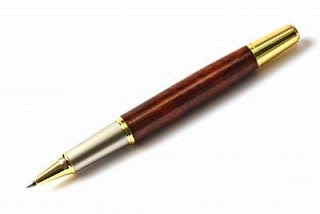 It is very portable, light and easy to pack away and store, It fits in a pocket easily but I probably wouldn't suggest a trouser pocket. There aren't any obvious versions and there is no need for upgrades or updates as most brands are cheap enough to discard when they stop working. Some do have replaceable units, a bit like printer cartridges but, of course, pen-shaped.

You don't need a printer for hard copy as that is produced automatically and you can use a very wide range of material which also need not be a particular size that fits in a printer tray. So if you like to print on banana skins, which a lot of people do once they've tried it, the pen is ideal.

I found that I couldn't create strings of text as fast as I can with a keyboard but if you need hard copy then the pen is likely to be quicker for small amounts of text and almost all simple drawings. Everyone will be different, I suppose, and it will be interesting to see at what point it is quicker to use a pen than type and print in the traditional way. Probably up to around 150 words in my case.

Whilst the pen doesn't come with a delete key there is an interesting device that has something similar. This device is a CIL edition of the Pen and, in a clever design, you can flip the Pencil and apply the opposite end to erase characters or lines. Unlike the Undo feature (or Ctrl + Z) on the keyboard, the smart thing about a Pencil is that it can undo selected elements in any order without the need to highlight them first. 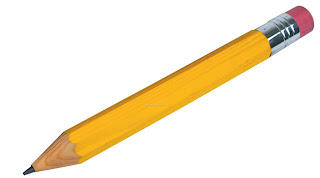 If they do start having version numbers for the Pen then I am advised that marketing people would prefer they start at 16 or higher.

Posted by Andrew Hill at Wednesday, February 03, 2016 No comments:

I am not One of Us

What has the world come to? Not that many years ago, you'd get a slap on the back for getting your tax bill down to a minimum. No-one wanted to pay tax and we would look at the rules and regulations closely to ensure that we were getting the full benefit of any allowances to which we might be entitled as a business.

I'm not talking about doing anything dishonest or illegal. There were regulations, published by the Inland Revenue, and you would simply ensure that you were aware of what was possible. Many accountants' prime function would be to justify their fees by spotting something that we'd missed and saving some more precious profits for the benefit of those who had actually made them.

So it seems entirely reasonable to me that an organisation like Google, Amazon, Starbucks or any of the others who have been in the press recently, would obtain advice on how best to arrange their business such that tax or other liabilities were minimised. And minimised within the law. In a week when we hear that Tescos were deliberately delaying payment to some suppliers in order to make their trading figures appear better (although quite how that would fool any reasonably intelligent analyst I don't know) it seems strange that it is the tax avoiders that are getting the full brunt of the attack from the new protesters.

I was going to write 'left wing' protesters but it seems that quite a few mainstream commentators, not known as particularly Leftist or for bashing big business, are moaning about what these companies are 'getting away with'. So Google may only pay a few million tax this year on several billion turnover? OK, so, assuming they're not contravening any regulations, I'd say well done to their financial advisers. If the Inland Revenue don't like it then they should change the regulations for future calculations.

It is also a requirement that those advising Google and others do so to the best of their ability and, if they did not make them aware of methods by which liabilities for tax could be reduced (and hence ultimate benefits for the company,its staff, customers and shareholders enhanced), then they would be failing in their duty. What is a company supposed to do? Yes, we'll take that allowance but, no, we won't use that one. Have any of these moaners and commentators who seem ill-equipped to challenge them in interviews, actually any real clue as to how businesses function?

Looking at Google specifically, I continue to be amazed at just how much I get out of their products and without paying a single penny. All my email communication, most of my office documents, many of my web sites and a whole host of programs linking this to that rely on Google products. This blog does. Add Android, Chrome, ChromeCast and YouTube and most of my working day and evening entertainment and communications are Google-based. Their products work. They work well and I have been using them for ten years or more in some cases. Google must have saved me a fortune in fees that I would otherwise have had to pay Microsoft or some other company. Schools, colleges and institutions of all shapes and sizes have benefited immensely from their products and, whilst other products are available and, in many cases, just as good and also free, a whole generation is growing up with all that is free from Google.

So it would seem sensible to me to encourage Google to continue to perform well and not threaten to 'boycott' them. (I did have to smile at someone on a radio programme today who said they would use another search engine, probably not realising that they were still using an Android phone or Chrome browser or that the results may well still point to a YouTube link!)

Change the over-complicated tax legislation. Work with other countries and come up with some system that blocks loopholes by all means. But moan when companies find legitimate ways around tax laws/ That is not something I expected to hear from the masses.

When I was young and just starting out in employment there was a sort of Us and Them in the air. We respected the tax man, government civil servants and the like, recognised they had a job to do but did our best to ensure they only got what they were entitled to. Now Them appear to be the big businesses in the world and Us has become a Victoria sponge mix of affronted public, politicians of mostly middle to left inclination, most tv and radio commentators  almost anyone working for a nationalised industry but not, interestingly, the Inland Revenue tax negotiators themselves. They do seem to have seen the sense in getting what they can and getting on with life.

It seems that I am no longer One of Us.

Posted by Andrew Hill at Thursday, January 28, 2016 No comments:

It isn't often that I sit in a field on my own and giggle out loud, not only because work and the climate here makes a conjunction of a free hour or two in daytime and sunshine a rare occurrence but also the state of my health and finances are not particularly amusing so something quite extraordinary tends to be required by way of input.

This short extract from The Salmon of Doubt by the late Douglas Adams was suitably and extraordinarily fine and amused me to such an extent that I must bring it to your attention.

I was a bit early for the train. I'd got the time of the train wrong. I went to get myself a newspaper to do the crossword, and a cup of coffee and a packet of cookies. I went and sat at a table. I want you to picture the scene. It's very important that you get this very clear in your mind. Here's the table, newspaper, cup of coffee, cookies. There's a guy sitting opposite me, perfectly ordinary-looking guy, wearing a business suit, carrying a briefcase. It didn't look like he was going to do anything weird. What he did was this: he suddenly leaned across, picked up the packet of cookies, tore it open, took one out and ate it.

Now this, I have to say, is the sort of thing the British are very bad at dealing with. There's nothing in our background, upbringing or education that teaches you how to deal with someone who in broad daylight has just stolen your cookies. You know what would happen if this had been South Central Los Angeles. There would very quickly have been gunfire, helicopters coming in, CNN, you know... But in the end I did what any red-blooded Englishman would do: I ignored it. And I stared at the newspaper, took a sip of coffee, tried to do a clue in the newspaper, couldn't do anything and thought What am I going to do?

In the end I thought Nothing for it, I'll just have to go for it and I tried very hard to ignore the fact that the packet was already mysteriously opened. I took a cookie for myself. I thought That settled him. But it hadn't because a moment or two later he did it again. He took another cookie. Having not mentioned it the first time It was somehow even harder to raise the subject second time around. 'Excuse me, I couldn't help but notice...' I mean, it doesn't really work.

A moment or two later the train was coming in so I tossed back the rest of my coffee, stood up, and picked up my newspaper, and underneath my newspaper were my cookies. The thing I particularly like about this story is that somewhere in England there has been wandering around for the past quarter century a perfectly ordinary guy who's had the exact same story, only he doesn't have the punch line.


From a speech by Douglas Adams, 2001.
The Salmon of Doubt

Just doin’ me duty
That’s why I'm ‘ere
No fighter me -
Blood makes me feel queer.

Saw my mate’s ‘and
Fly through the air.
Where did ‘is foot go?
Somewhere over there.

If I could I’d run
But I’m fast losin’ blood
And my heavy ol’ gun
Got lost in the mud.

And here we all stand.
Gerry’s shoutin’ at us.
We don’t understand,
But daren’t make a fuss

I wrote this straight off the cuff to inspire my son who had some homework about World War 1.
Posted by Andrew Hill at Monday, January 12, 2015 No comments:

There could be trouble ahead.

Posted by Andrew Hill at Thursday, January 08, 2015 No comments:

Listen to the BigL Fab 40 at The Oldies Project.